It was worth it 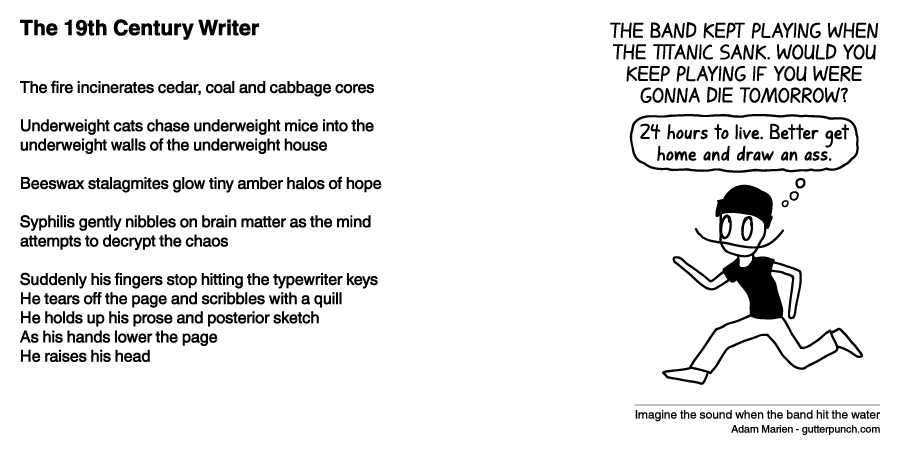 THE BAND KEPT PLAYING WHEN THE TITANIC SANK. WOULD YOU KEEP PLAYING IF YOU WERE GONNA DIE TOMORROW?

24 hours to live. Better get home and draw an ass.

Imagine the sound when the band hit the water