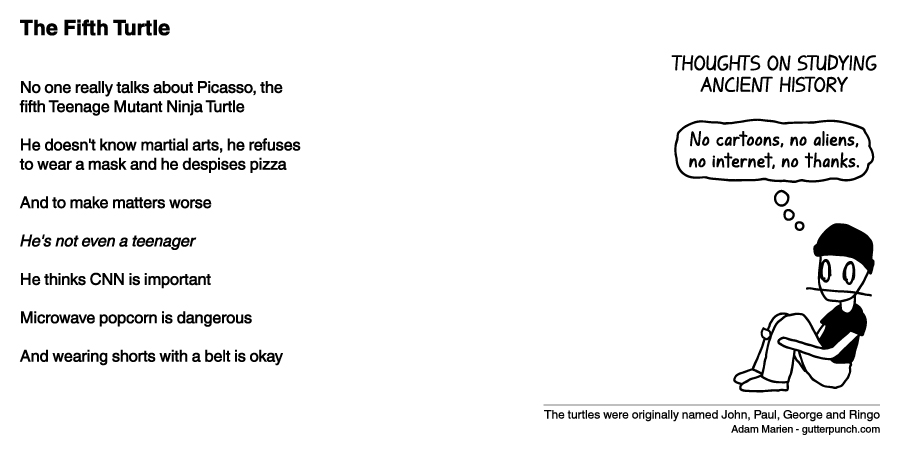 No one really talks about Picasso, the fifth Teenage Mutant Ninja Turtle

He doesn’t know martial arts, he refuses to wear a mask and he despises pizza

And to make matters worse

He’s not even a teenager

He thinks CNN is important

And wearing shorts with a belt is okay

No cartoons, no aliens, no internet, no thanks.

The turtles were originally named John, Paul, George and Ringo