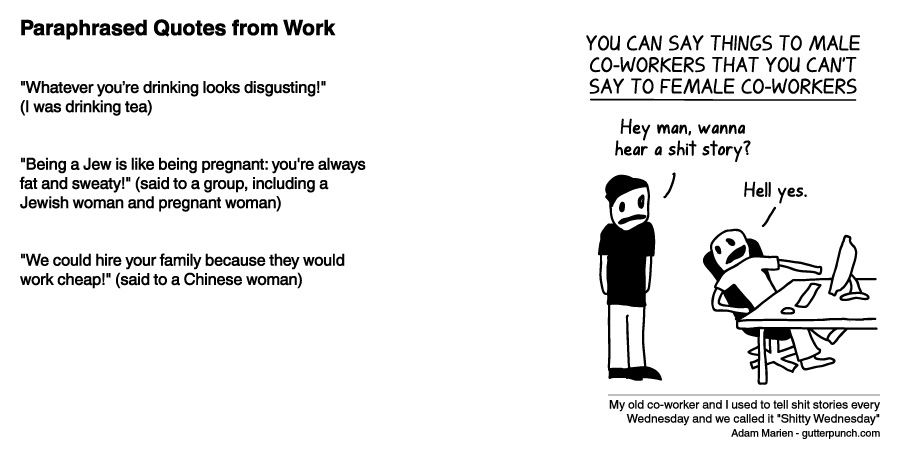 “Whatever you’re drinking looks disgusting!” (I was drinking tea)

“We could hire your family because they would work cheap!” (said to a Chinese woman)

“Being a Jew is like being pregnant: you’re always fat and sweaty!” (said to a group, including a Jewish woman and pregnant woman)