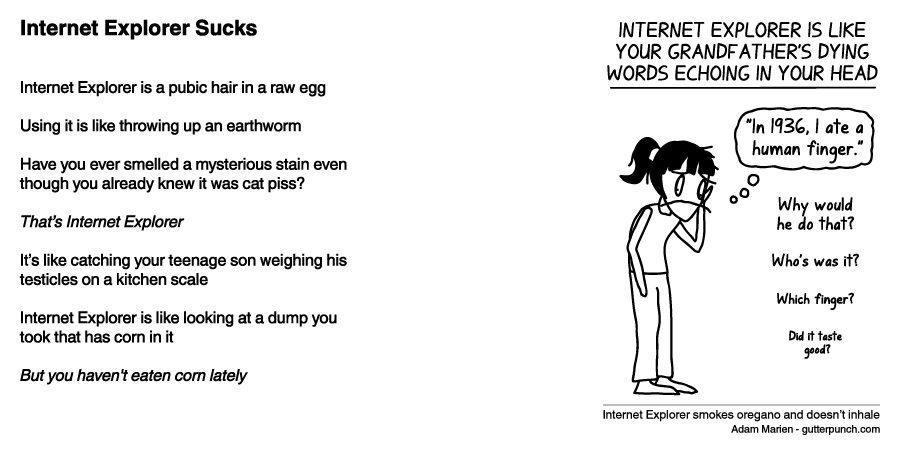 Internet Explorer is a pubic hair in a raw egg

Have you ever smelled a mysterious stain even though you already knew it was cat piss?

But you haven't eaten corn lately

Why would he do that?

Did it taste good?