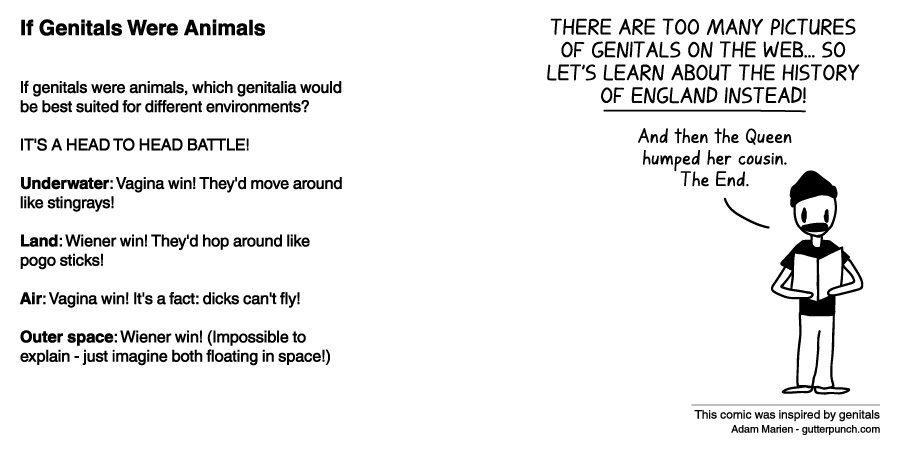 If Genitals Were Animals

If genitals were animals, which genitalia would be best suited for different environments?

IT’S A HEAD TO HEAD BATTLE!

THERE ARE TOO MANY PICTURES OF GENITALS ON THE WEB… SO LET’S LEARN ABOUT THE HISTORY OF ENGLAND INSTEAD!

Instead let’s learn about the history of England!

And then the Queen humped her cousin. The End.

This comic was inspired by genitals